This day of international justice reminds the human race worldwide of the importance of getting justice and taking account of the atrocities which the people have faced in the world. It’s a moral necessity of every individual worldwide to take into consideration as to whether the victims of human rights violations get their due justice or not.

It is celebrated each year on 17 July. This day is used to promote international criminal justice which intends to provide justice to victims of abuse, genocide, war crimes, etc. The celebration of this day is done worldwide to commemorate the work of institutions, and individuals who have the primary mission of prosecuting those who are responsible for violating human rights and, hence provide justice to the victim’s s of abuse in the world and to make this world a better place to live in.

The Reason for its Origin

The last century in human history has the data for evidence for a number of casualties of mass rape, torture, slavery, and other assaults on the human race. So there was a need for a strong deterrent that could save the society from the horrific crimes committed against humans. Thus the international criminal courts came into existence, to provide justice to the victims of war crimes, genocide, which they had been deprived of earlier in the past history. The international criminal court was the first institution that was legally competent to prosecute criminals accused of committing crimes of genocide and war crimes or crimes committed involving a violation of human rights.

Why was The International Court of justice formed?

For providing justice to the human race there was need of a strong judicial institution, hence the international court of justice came into the picture to cater to this need.

Thus the international criminal court was an international court established to prosecute criminals who are accused of committing crimes against humanity ie war crimes, torture, etc. Some of these crimes were committed in the past century, and there were many crimes committed against human rights in this period which went away unpunished. The United Nations General assembly thus recognized the need to establish permanent international courts in 1948 to deal with the victims of human rights violations worldwide.

What is International Justice? 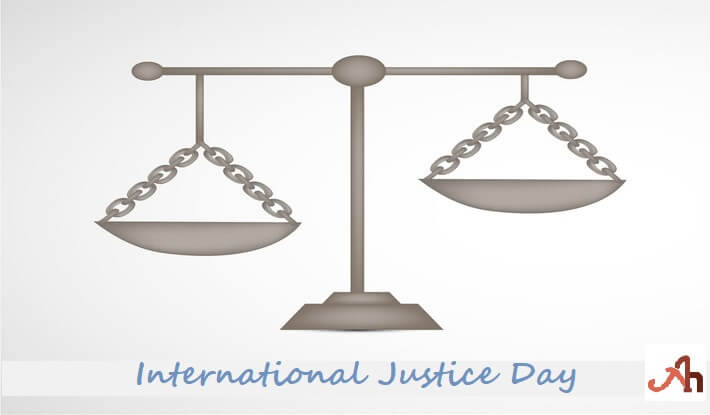 What is an International Court of Justice and what Does it do?

The International Court of Justice is a legal institution that addresses legal disputes which come under the jurisdiction of the United Nations. Its primary role lies in settling legal disputes between states with respect to international law; the international courts also function to give any an advisory opinion on legal questions that are referred to it by united nation agencies.

When was it Formed?

The international court of justice was formed in June 1945 with an agreement signed with the United Nations.

How does The International Court Work?

The court generally takes two types of the case into consideration that is legal disputes between states i.e. contentious cases and requests for advisory opinions on the legal question posed by united nation agencies.

Contentious Cases: It refers to the point the contentious cases can be presented to the court by only the states who are members of the agencies which come under the jurisdiction of the United Nations. states do not have permanent representatives to present cases before the court so they appoint agents as solicitors in the court.

The proceedings in the court may be conducted in two ways:

Advisory Proceedings: are meant only for the five agencies of the United Nations. When the court gets a request for an advisory opinion it must assemble all facts to hold oral or written procedures in the court.


Recent Post
Is Getting Help On An Assignment Cheating?
Is Homework Harmful Or Helpful?
Is Assignment Help Legal?
How To Get Help With Homework?
Impeccable Accounting Assignments At Affordable Rates
Why Do Researchers Urge Dissertation Writing Service?
Assignment Help: Professional Support for Your Upcoming Examinations!
Categories