Most of the students like you need to write on several general topics such as World Population Day. However, some of you find it difficult to search and collect the best information which can be written to obtain good grades. There is no need to worry more about searching and writing about specific topics for your term essay as you can take assistance from our experts of Need Assignment Help at any time. Here, we have shared some information regarding World Population Day which can be beneficial for you.

Every year’s 11th July is observed as World Population Day in the overall world. This international awareness campaign was established by the Governing Council of the United Nations Development. The name World Population Day was given by Dr. KC Zachariah when he was working as Sr Demographer at World Bank. It was the day when the world’s population touched a count of five billion. World Population is increasing due to improvement in health care and less mortality rates.

This initiative aimed to bring the attention of people towards the issue of increasing population and make people more vigilant towards the issue. Governing Council of the United Nations Development programmed aim is to solve the reproductive complications of the people along with the issue of the death of pregnant women worldwide by awaking people on different population issues like gender equality, poverty, maternal health, and human rights. People are showing their interest in the increasing population, health issues of baby, sexual education, and human rights.

One of the objectives to celebrate world population day was to safeguard the young population including both males and females. To provide in-depth knowledge regarding sexual relations and to opt for late marriages after becoming able to understand and capable of managing the responsibilities is the interrelated objective. Educate the young generation to avoid undesirable pregnancies by using favorable measures and promote awareness among people to eliminate the concept of gender discrimination from society are the other parameters. Teach the individuals about illnesses related to pregnancy to elevate the knowledge about risks associated with early childbirth. Educating youth about STD (sexually transmitted diseases) and about prevention against various infections. To make sure that both genders get equal opportunities for primary education. Ensuring easy availability of good reproductive health services for each couple everywhere. 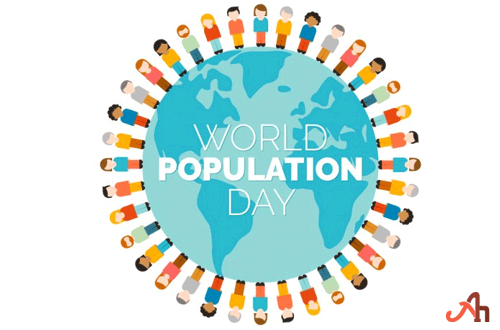 The day is celebrated by arranging a number of events and activities like seminars, educational information sessions, essay competition, public contest, poster message distributions, artworks, poems, workshops, conferences and various other programs on TV and audio to attract the interest of people to work mutually to combat the issues of increasing population. Various organizations and institutions are working jointly to resolve the issue of increasing population based on various data analysis methods.

The year 2017 marked as the 50th anniversary of the 1968 International Conference on Human Rights. Each year, the day comes reminding about the alarming situation of the unsustainable rate of population growth, the issues either social or logistic that are presently being faced in order to meet the demand of increasing population can get worse if we don’t do something. We should educate people in order to raise awareness in rural, semi-urban, and urban areas. We should also educate them about various diseases that are sexually transmitted like HIV, AIDS, etc in order to prevent them and others from various infections.

In a diverse country like India, people are unwilling to get every idea and plan to develop for everyone’s benefit. There are around 125 Crores of people living in different States speaking different languages following varied religions, cultures, traditions, and many different things. Every individual lives with totally different styles and cultures with many different attitudes by which people can develop and improve their living with better ideas and plans. So each person from all the different countries should come together and join hands to focus and develop the Economy, Technology, and the Infrastructure of the Country for a better world to live in. It is essential for every group to come closer to the better development of the World for the better future of every Country and it can be fulfilled when all the Countries cooperate with each other in a better way.

By joining this global campaign all should save this world from over-exploitation caused because of the increasing population.