Till now, the old universities, notably the Oxford and Cambridge, have been featuring on the top as far as the Times Top World University Ranking (for Higher Education) is concerned. The older the university, the higher the rank it deserved or at least acquired. However, the latest Times Ranking was not meant to recognize universities from the past. Instead, universities that are less than 50 years old were assessed and put in a ranking order by the Times. The criteria to rank the best young universities in the world were their teaching system, their research capabilities, their international outlook, and in the end, their work with industry. Overall, it brought a fresh perspective and deserved attention to the changing scenario of new universities giving a swift competition to their centuries-old counterparts. 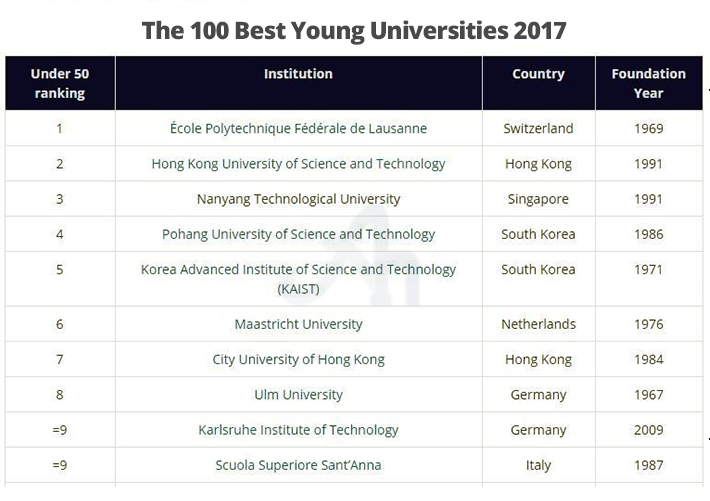 As per the Times Higher Education- The 100 Best Young World Universities 2017 – following are the top 10 rank holders in descending order:

The top Switzerland University in the list also holds the 12th rank in the latest QS World University Rankings. The University is ranked at the top, specifically scoring high on its international outlook, with it hosting over 5,000 students (the half-way mark) from abroad. Switzerland is also recognized as a big global trading hub that is searching for human resources and ideas beyond its borders.

The next on the list is the 26-year-old Hong Kong University of Science and Technology. It is an Asian Institution holding the second position in the top 10 universities slot. In the QS World University Rankings, it holds the 30th slot. Singapore’s Nanyang Technological University follows in the third position. It also has one of the best (features in the top 15) beautiful campus in the world. Then, there is Hong Kong’s City University acquiring the 7th place. It is also recognized for its unique achievements like launching the city’s first undergraduate program in veterinary medicine. There are many Asian Universities featuring in the Young Achievers List.

Germany’s Karlsruhe Institute of Technology deserves a special mention as the eight-year-old university is one among the top 10- at no 9. Another very notable point in the Young Universities Ranks is that there is not a single US and UK University in the top 10. Otherwise, the two continents mostly occupy the top slot in the World’s Rankings. 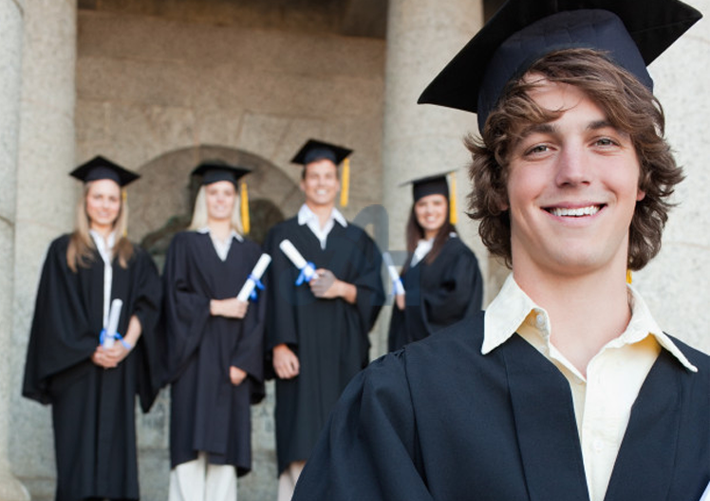 Summing up, the new Young University Rank assessment holds an interesting insight into the changing scenario of education across the world. One, it is Asian Universities driving the trend more prominently now and two, the USA and U.K, the blue-chip education status holders are not inventing the new universities scenario anymore. It is a big change which has serious effects on the valuable education sector for students who wish to study abroad. Asian Universities, for example, may prove to be more cost-effective. Also, there are more course options to be pursued abroad for students now. It is time to welcome the new change and find our more.